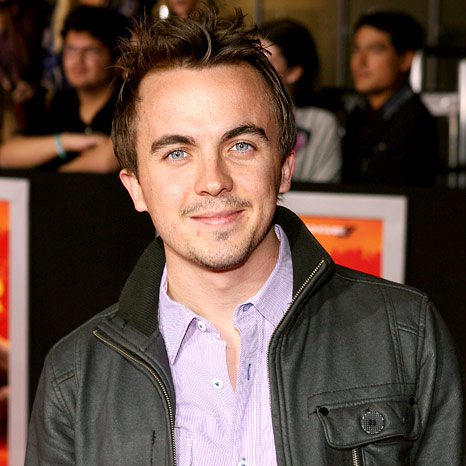 Another actor who’s not toeing the leftist line.

President Obama may be thrilled by his foolish, dangerous decision to appoint lying liar Susan Rice as his new national security adviser, but actor Frankie Muniz isn’t so starry-eyed. Earlier today, the erstwhile star of “Malcolm in the Middle” took to Twitter to slam the latest “#ObamaFail,” urging Americans to “wake up” to the fact that “our president is letting our country down”:

@cailenspeers Did I say I supported anyone? Just saying our President is letting our country down.

But there’s a price to pay for straying from the liberal plantation:

Love it. But if he keeps tweeting truth like that he's gonna become "Frankie in the Middle of Liberal Hate Mail" @SaraFeed @frankiemuniz

Yep. Right on cue, Muniz’s candor is earning him plenty of hate from angry Obama sycophants:

@NJedwina Who is he?!? And what qualification does he have to judge President's National Security choices? @frankiemuniz #pathetic

Someone got into the meth. RT: @frankiemuniz Really? Susan Rice? National Security Adviser? Really? Another #ObamaFail. Wake up people.

Question Susan Rice’s qualifications? He must be on drugs!

So, in case you haven't been following, @frankiemuniz is now a lunatic neo-con and the drummer in a band in Scottsdale.

.@frankiemuniz wades into the political waters, makes a statement about Obama failing the country, doesn't say why. Another RWNJ move. #p2

@frankiemuniz If you're male, I believe you need to be taller than 5'6" for your opinions to be taken seriously #weeman

@jbouie Dude, that is just ADORABLE. Look at him, that little conservative. Wanna pinch his cheeks. @AdamSerwer @frankiemuniz

Because anyone who dares criticize the president is automatically a knuckle-dragging racist, right?

But for all the bile being spewed Muniz’s way, we hope he can take comfort in the fact that he’s not alone: