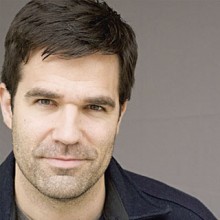 Alleged Twitter comedian Rob Delaney tweeted out his idea of a hilarious joke today. Click the picture link in his tweet, if you aren’t planning on having a meal any time soon.

Right now the #Romney2012 hashtag is just full of pictures of dog shit. @robdelaney is a god.

A god. If by “god,” he means pitiful and immature guy with no class. Here is more of Mr. Delaney’s side-splitting humor.

I just spilled scalding water on my penis & testicles. RT @Garfield: Are we having fun yet?

Wow. He’s so edgy! He talks about his naughty boy bits and everything! What wit! If one is 12 years old, of course.

Here he is trying to wax political again.

“But mommy, the Supreme Court maked decisions I liked wif Bush v Gore & Citizins Yoonited! I don’t like the ACA one! Waaah! Give me boobie.”

These Twitter users sum up Mr. Delaney and his “humor.”

Unfollowed Rob Delaney. He's only funny when others RT him.

@R0mination Hey Romney, will you stroke my anuses? Healthcare! There, I just wrote a Rob Delaney joke.

For a guy who looks at Twitchy as nothing more than an annoying little blip on his radar, he sure seems reluctant to let the issue drop.