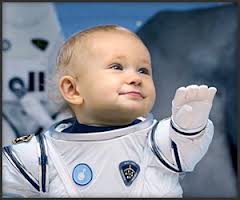 Baby ad… Give it a rest. #SuperBowlAd

Democratic strategis Donna Brazile didn’t like Kia’s Super Bowl space babies ad. Neither did a few of her left-wing followers:

@donnabrazile That was Kia going for the Far Right buyer.

That @superbowl @kia ad was cute… baby animals melt anyone’s heart…babies not so much.

A lot of kid-friendly viewers disagreed, though. Cuteness got plenty of thumbs up:

“@jpmaheu: my son liked the baby Kia ad; it was cute” I agree: it was cute

Awe, how cute was that Kia Sorento space babies commercial? The babies cheeks jiggling when he’s in the space shuttle. : )

The Kia Sorento “Where Do Babies Come From” commercial was cute. Loved the dog in the space suit!

More Abortions! RT @donnabrazileBaby ad… Give it a rest. #SuperBowlAd