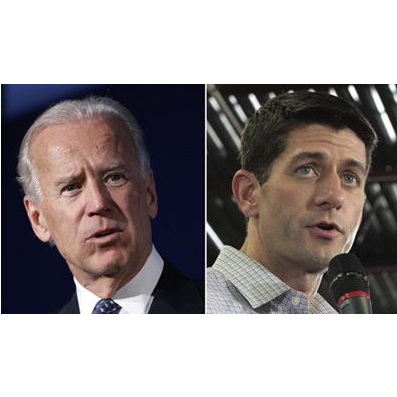 Poll question I'd like to ask: More important for American recovery: Mitt Romney revealing his tax returns, or Paul Ryan revealing his abs?

Paul Ryan’s abs, natch! And they were the talk, and leer, of the day!

I wondered why there was that loud swooning noise from the XX side of Twitter RT @Neal_Dewing TMZ always gets their man http://t.co/U7eAdW3w

Email from Men's Health: "The Secret Behind Paul Ryan's Abs" – I think it's competitive bidding?

Will there be breathless media reporting?

ABC does. The article talks about Ryan’s “physique” and how it has become an Internet sensation. Then, it ends with this hard-hitting bit of journalism:

Whether more recent shirtless pictures will emerge as the campaign continues remains to be seen.

Even Fox News’ Bret Baier couldn’t resist the siren call of the abs.

Thanks for your diligence @mkhammer Well, took 'em a while, but TMZ finished its quest for Ryan shirtlessness today: http://t.co/smH4P7dJ

Twitter users had a blast discussing this most pressing issue. Is it a game changer?

RT @minakimes: what if paul ryan only agrees to reveal two of his abs? SHOW US ALL THE ABS

Has a Bain investor tipped Harry Reid? RT @minakimes: what if paul ryan only agrees to reveal two of his abs? SHOW US ALL THE ABS

Oh noes. Will there be an Abs-Off between VP candidates?

Ok people. You want to win this thing? Demand Biden release a pic of his abs. #ughSorry

What’s the opposite of “pics or it never happened”? Our eyes!

Can we get a side-by-side of Ryan and Biden shirtless for comparison? I'm looking at you, @RedState and @EWErickson

When will Obama team release the shirtless Biden picture!? And what are they hiding?! pic.twitter.com/AaBI9njf

We now have photos of Biden, Ryan, Obama and Romney shirtless. http://t.co/Uc0RUP3S

Would like to thank Ron Paul, Newt Gingrich for dropping out “@BuzzFeedAndrew: We now have photos of Biden, Ryan, Obama, Romney shirtless."

They will not be out-TMZed. RT @BuzzFeedAndrew: We now have photos of Biden, Ryan, Obama and Romney shirtless. http://t.co/4BRL6iAO

Oh, the humanity. Click if you dare. The Onion was way ahead of them, though!

Shirtless Joe Biden. – Things no one is looking for.

And a little eye candy for the geeks! Well, and a palate cleanser for anyone who clicked on the shirtless Biden link. Shudder!

Take a break from staring lustily at the photo of Paul Ryan's abs and check out these photos of the SURFACE OF MARS! http://t.co/80SKNpd5