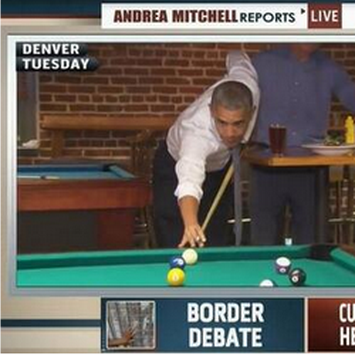 .@TheDemocrats That funny. A Republican is working on the border crisis while he's fundraising and giving speeches. https://t.co/mRO7d1Pv0D

“Hope and change” is at least five years past its shelf-life, so how are the Democrats expected to re-brand the president (aside from trying to make “the bear” happen)? Their latest move is to position Barack Obama as the man of action frustrated by a do-nothing Republican House. Behold:

Add your voice to President Obama’s and tell Republicans to get to work: http://t.co/R2745h5MI3 pic.twitter.com/owgmTRvXUb

“Do something” — now that’s inspirational leadership.

Like this? MT @TheDemocrats Add your voice to President Obama’s and tell Republicans to get to work: pic.twitter.com/4UHXQJ5JNN

@TheDemocrats Speaking of which, how's his fundraising and golf trip going?

Funny "@TheDemocrats:Add your voice to President Obama’s and tell Republicans to get to work: http://t.co/QIoOvJZLOH pic.twitter.com/GlpSXuUZwh”

Not funny — dead serious. And to prove it, the White House has posted this quote from the 2006 film “The Departed.” See, he’s at his desk and has his pen in hand and everything.

"I'm the guy doing his job. You must be the other guy." — President Obama channels The Departed. RT @MattOrtega pic.twitter.com/2KVeDcdgaH

@WhiteHouse @MattOrtega Your job is apparently to screw things up beyond recognition. Nicely done! Mission accomplished! How bout a selfie?

@WhiteHouse @MattOrtega Could you please let us in on what that job entails, because it obviously isn’t what I thought.

It’s a good photo, at least.