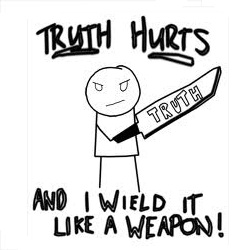 Tell Sean Penn that his friend Hugo Chavez may have lived longer & had better care if he didn't have socialized Cuban health care. #tcot #2A

Hugo Chavez-worshipping Hollyweirdo Sean Penn is all torn up about the death of Venezuela’s oppressive tyrant. After hearing the news, Penn joined morally corrupt politicians and media in writing the hagiography of the “friend” he was “blessed to have.”

“Today the people of the United States lost a friend it never knew it had. And poor people around the world lost a champion,” says Penn in a statement to The Hollywood Reporter. “I lost a friend I was blessed to have. My thoughts are with the family of President Chavez and the people of Venezuela.”

Once again, actor Ken Wahl (unverified account) puts his Tinseltown colleagues to shame with a dose of tough love. “Tell Sean Penn that his friend Hugo Chavez may have lived longer & had better care if he didn’t have socialized Cuban health care.”

Oliver Stone tweets that Chavez ‘will live forever in history’