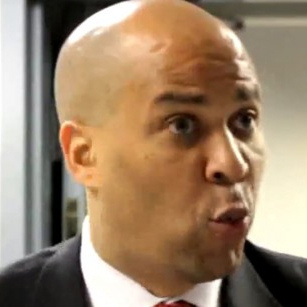 @collegepolitico @intelligencer Of course. It's not like @CoryBooker is a Republican.

You might not be reading about Senate candidate Cory Booker’s imaginary friend on BuzzFeed any time soon, but New York Magazine decided the news that Booker’s friend T-Bone doesn’t actually exist was worth a post. From the headline alone, though, you’d think the big scandal is that there’s a drug dealer in Newark, N.J., and the amiable Cory Booker isn’t friends with him.

Scandal: @CoryBooker Is Not Friends With Drug Dealer http://t.co/2ae7KURW6B

The fact that Booker isn’t friends with T-Bone because T-Bone does not exist is mentioned in the following paragraph. Fortunately, the Star-Ledger has picked up the story, likely in part because Booker told the paper in 2007 that T-Bone “is 1,000 percent a real person.”

Imagine for a second the reaction from MSNBC's evening hosts if a Republican invented an imaginary drug dealer. http://t.co/JSxwaDtmkF

Here’s a fun game to play while we wait to see who else picks up on the story.