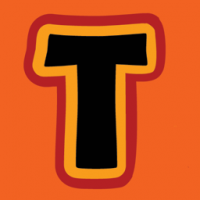 RT @chandlerwindham: @TalibKweli Stop using the N-word and selling out your people!!! (nigga please. I'm a poet not a politician.)

RT @chandlerwindham: Only an uncle Tom would call another brotha the N-word! You are no poet! (sit down speech nazi)

As an artist I reserve the right to use any words I want and destroy the language if I choose whether it makes you feel comfortable or not.

Looks like the password for slur-swinging is ‘art’ (unless you’re white, a generally offensive status because slave masters are perched in the ole family tree).

But consistency is beside the point when the Twitter-sphere is dangerously ignorant of the Prison Industrial Complex:

@TalibKweli What you do is not art! What you are doing is selling your people into slavery via the prison industrial complex! Read fool!!!

When Mr. Windham isn’t blowing minds with obscure academic references, he is blowing holes through his professorial image:

@TalibKweli Take off my nephews sweater and sit your uncle-tom ass down! Fuck it, get me a hot-pocket hoe!

Mr. Kweli’s fan-followers were none too pleased–or to put it more artistically: they weren’t havin’ none o’dat:

RT @chandlerwindham seems to be running a one man crusade against @TalibKweli with his vision of coonery. Not sure about his strategy…

Far be it for any non-black person to defend the n-word, but one brave soul was willing (however, unwilling to do so in 140 characters or less):

@TalibKweli @chandlerwindham Talib, stay doing what you're doing son. You are one of the most positive voices in OUR culture. Don't let some

@TalibKweli @chandlerwindham … narrow minded outsider criticize you for making music that reflects the truth. And to this ignoramus, go…

@TalibKweli @chandlerwindham … listen to something else instead of trying to pick apart the music that we love. It's OUR music. It's…

@TalibKweli @chandlerwindham … clearly not for you. We eat, breathe, and live this Hip Hop. Don't disrespect one of the loves of our life.

@TalibKweli but first you are a black man. why would you use a word meant to oppress and denigrate your people?

And then there’s the token party pooper who tries to trump everyone with her maturity:

@TalibKweli I hate the "N-word" debate.