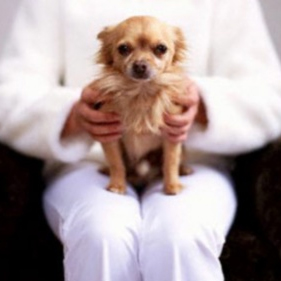 GOP candidate Mitt Romney delivered a rousing speech about freedom at the University of Warsaw today.

So what’s the sniveling press focusing on? Romney aide Rick Gorka who chewed out reporters hours before the speech.

(AP) Asked why Romney has taken just three questions from US reporters during this trip, press aide Rick Gorka said, "Shove it."

@mattklewis dear lord, how will the "press" recover from such language? I hear it is all rainbows and lolly pops in newsrooms.

This can't possibly be the first time the Romney press pool has been told to kiss someone's ass. I mean, they kiss Obama's everyday.

Maybe Romney aides wouldn’t have to dress down the lapdog media if they gave up their quest for an Olympic medal in Synchronized Narrative Weaving, at least while visiting a memorial to Poland’s war dead.

The narrative is set. From CNN report, transcript of questions from traveling press for Romney in Poland this morning: http://t.co/6FllHQvr

CNN: 'Governor Romney are you concerned about some of the mishaps of your trip?'

NYT: 'Governor Romney, do you have a statement for the Palestinians?'

NYT: 'Governor Romney do you feel that your gaffes have overshadowed your foreign trip?' http://t.co/HvaOs9hQ

The narrative is set, indeed.

And now for a threat from delicate flower Rick Klein of ABC.

of course, substance of Romney speech might break through better is spox hadn't told press to "shove it" and "kiss my ass" a little earlier

That’s a nice speech you gave, Romney. Be a shame if something happened to it.

Romney’s speech won’t get the coverage it deserves because his spokesman said “Kiss my ass”? So, what exactly does it take to get fair coverage from the oh-so-objective media? Back rub? Foot massage? Cookies from President Obama?

As Romney speaks, ABC and CBS corresps are doing hits for the AM shows, focusing on the cand's gaffes and tensions w/ press

Liberal foot soldiers quickly picked up their marching orders and got to work. Romney is unpresidential and gaffetastic, natch.

Corpse-man? Obama didn’t say that. Somebody else made that happen.

To avoid another round to gaffes Romney aide tells reporters: "Kiss my ass, this is a holy site for the Polish people. Show some respect"

Just when Romney thought he finished his PR disaster trip on a high note his aide tells media "kiss my ass". Please get some PR help. Or not

We won’t hold our breath.