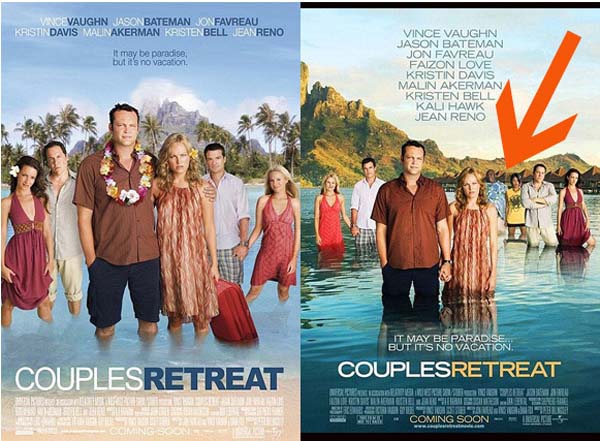 Theoretically, photographers should use Photoshop to touch up their photos in reasonable ways (adjusting brightness, fixing small blemishes, reducing red eye). What they absolutely shouldn’t be doing is any of the nonsense you’ll see in the list below. They took reality and twisted it into something horrifying. Each of these images were actually used.

Either that or Ralph Lauren models are actually alien corpses.

1. The time Microsoft thought business was better with white dudes.

2. The time Toronto realized they didn’t have enough black men in their magazines.

3. The time Ralph Lauren photoshopped a model into a skeleton.

4. The time Demi Moore had a body double.

5. The time Madonna took 10 years off of her face.

6. The time these kids were looking at some inappropriate web sites.

7. The time Britney Spears was having fun in her fantasy land.

8. The time Kelly Clarkson had this album cover.

9. The time Eminem’s eyes were soulless and evil.

11. The time the entire country of Poland was racist.

13. The time a model had a dead, floating hand.

17. The time this model had nightmare hands.

18. The time a Cheerios box had an evil eye.

20. The time this guy’s creepy face was everywhere.

21. The time this animal was created (a lop-eared kuppy?).

23. The time a movie studio thought Couples Retreat would be better without the black couple.

24. The time another movie studio thought Sarah Jessica Parker looked like this.

25. The time Victoria’s Secret left out an important butt crack.

Thanks, media! You have so thoroughly lied to us that now it’s hard to tell what’s real and what isn’t.